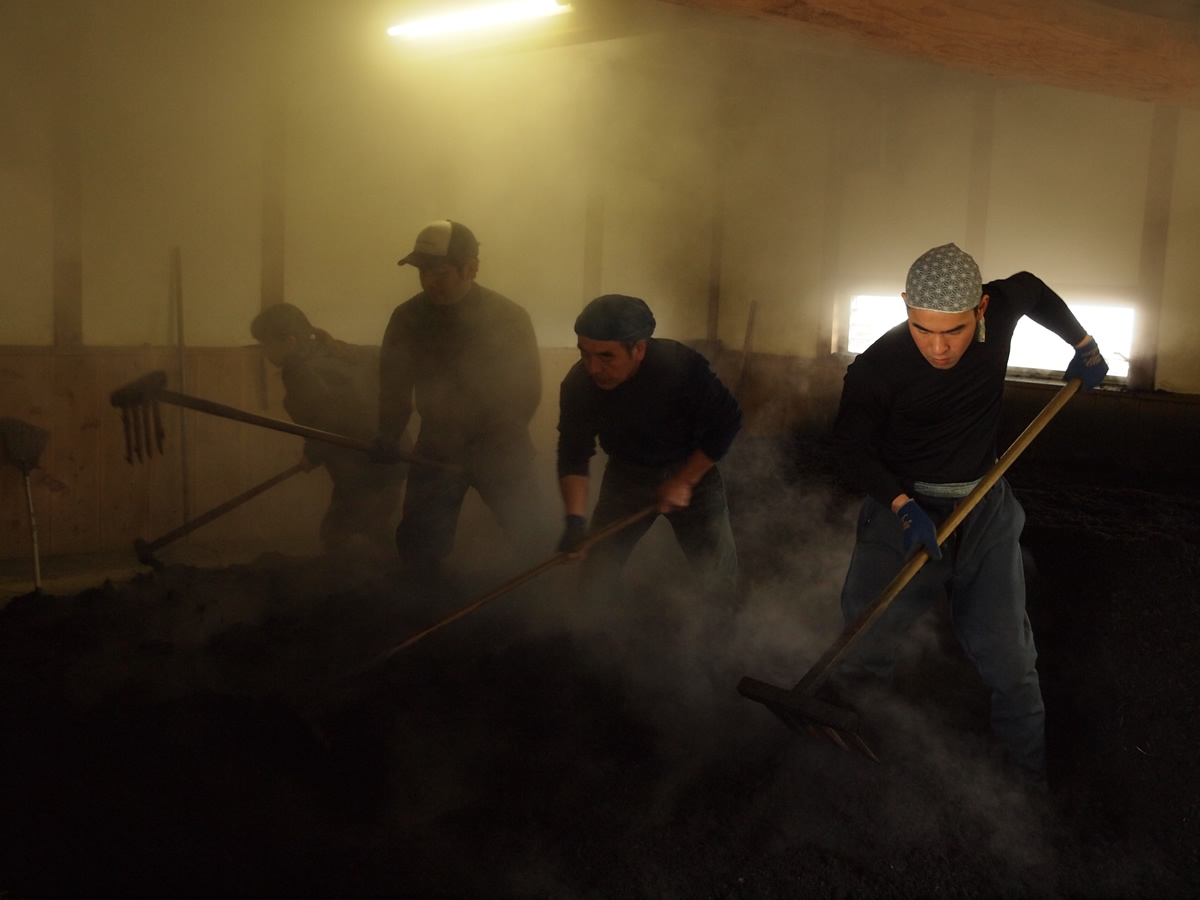 To grow Tade-ai, the indigo seeds are planted in nurseries in late winter. On April, the small plants are transplanted to the fields. Generally, the first crop is on July, and after that, the indigo plants are cropped again on August.

The cropped plants are spread out on an open area under the strong summer sun for one day, and then, the dried plants are separated to the leaves and the stems. The remaining leaves are further dried and fermented later.

Dye producers, called Ai-Shi, use their traditional method of making Sukumo, which is one of the most important materials for Japanese indigo dye. It is made by placing dried indigo leaves in a fermentation bed, spraying with water and mixing them. After 5 to 7 days, this process, called “Kiri-kaeshi,” is repeated.

After about 3 months of repeated the process 15 to 20 times, a solid mass with dark brown color (this solid mass “Sukumo” made in Tokushima is especially called “Awa Ai”) appears as its final step.